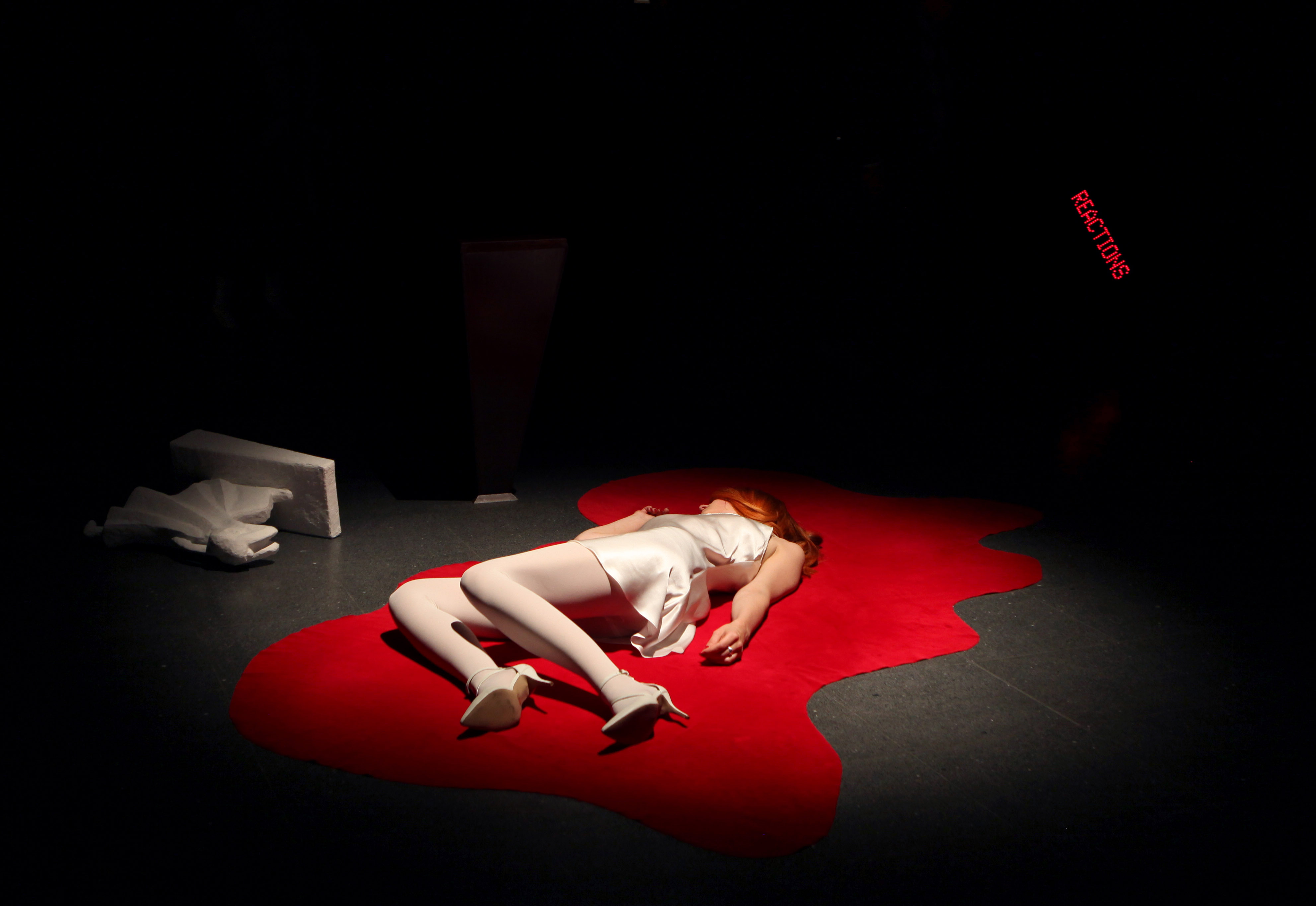 THE INSTITUTE OF ART AND CRIME  is an
illustrated dialog between four characters;
the Artist, the Curator, the Psychopath
and the Junkie.  (for the book go here)

ARTISTS REPRESENTED IN THE EXHIBITION

DONNY JOHNSON – Born 1960, abstract painter.
Incarcerated after killing a man and then attacking
a prison guard. Now serving three life sentences at the
Pelican Bay State Prison in California, where he’s
subjected to 23 hour lock down in a solitary cell
with no windows. Represented by four paintings on
postcards provided by Stephen Kurtz, which is
responsible for Donny Johnson’s collection.
The paintings are made with the coating of M&M’s,
water, and a paintbrush made of Johnson’s own heir,
as there is strict regulations for what he’s allowed to
keep in his cell.

ELMYR de HORY – born 1905, was a famous
Hungarian artist and forger. Lived in France,
Mexico and Ibiza before committing suicide in
1976, fearing incarceration after his massive
forging enterprise started to crumble.
He mainly forged Picasso, Renoir, Matisse and
Modigliani. He is one of the main protagonists
in Orson Wells film F for Fake.

ERIC GILL – born in 1882, was one of Britain’s
most respected artists. His sculpture
Prospero & Ariel is to be found in BBC’s Broadcasting
House, and the Creation of Adam is in the
lobby of Palais des Nations, now the European
headquarters of the United Nations in Geneva. He
also created a widely used font, Gill Sans.
After his death it was revealed that he had a sexual
relationship to his daughters, his sister, and the
family dog. Not quite as respected anymore,
he has entered the realm of obscurity.

SIRI HJORTH – born 1986, live and work in Oslo,
with sculpture, performance, installation and textile.
She showcased a constructed Tableau Vivant in
collaboration with Sebastian Makonnen Kjølaas
relating to one of the protagonists of the book.
It was to be found in the center of the exhibition hall
and mirrored a pivotal scene from the narrative.
The sculpture is a pastiche of Ernst Barlach’s
The Avanger (1914). Barlach was in his youth a war
enthusiast, but became a pacifist after the atrocity
of World War I. This was the reason why he was
exhibited at the infamous Degenerate art exhibition
in Germany (1937) organized by Adolf Ziegler
and the Nazi Party.

MOM & JERRY – The multi-faceted Mom, and her
dirty son Jerry have a passion for art, music, parties,
glitter and fashion. In addition to being artists, they
consider themselves rebels, outlaws, Djs, living
sculptures, talk show hosts,TV personalities,
movie stars, and progressive Broadway dancers.
Mom and Jerry can be seen as recycling machines
in the monstrous, virtual city of garbage.
They showcased the video The world
is a cruise (9 min 34 sec, 2014) and a piece titled
Line up your fun (2014). 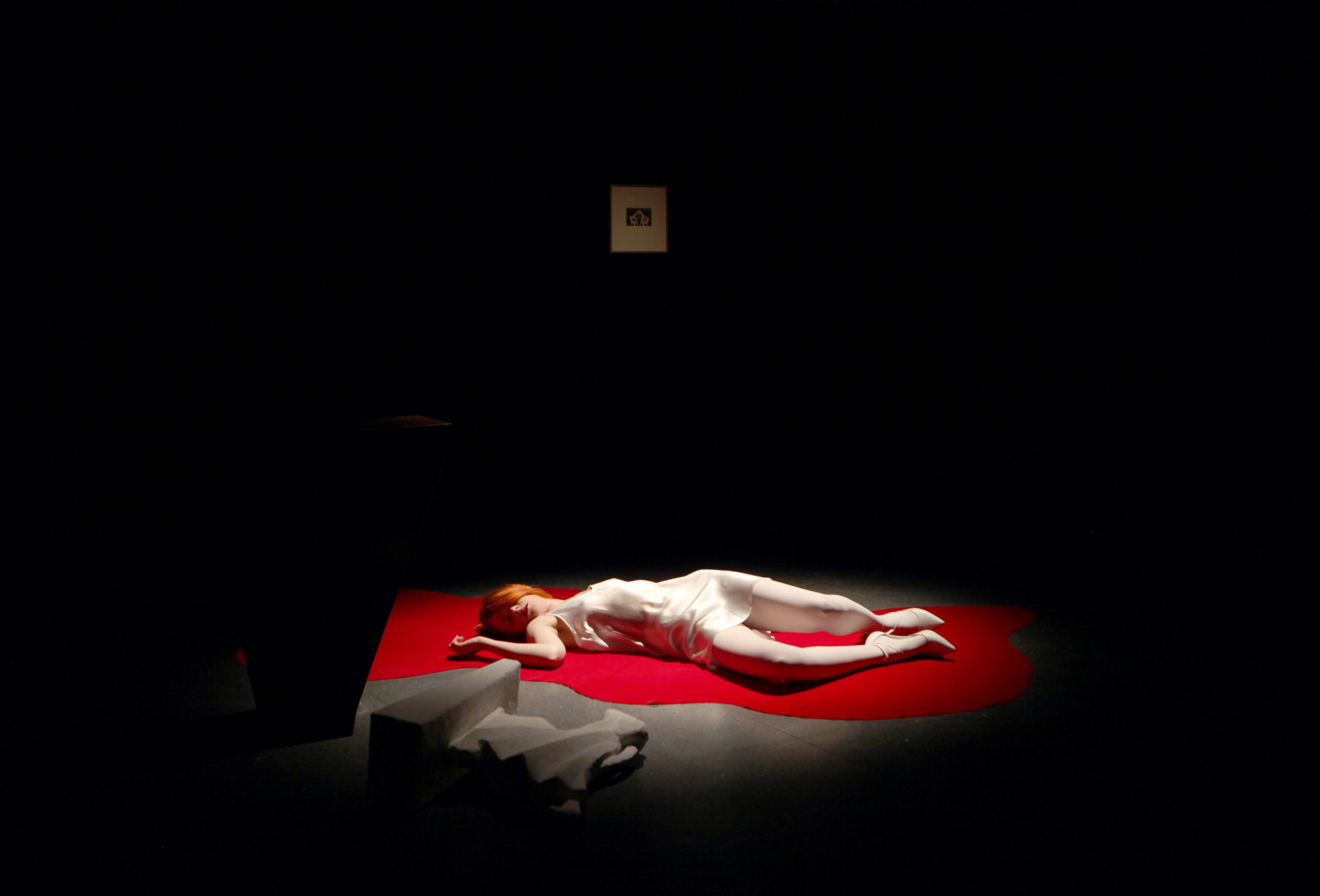 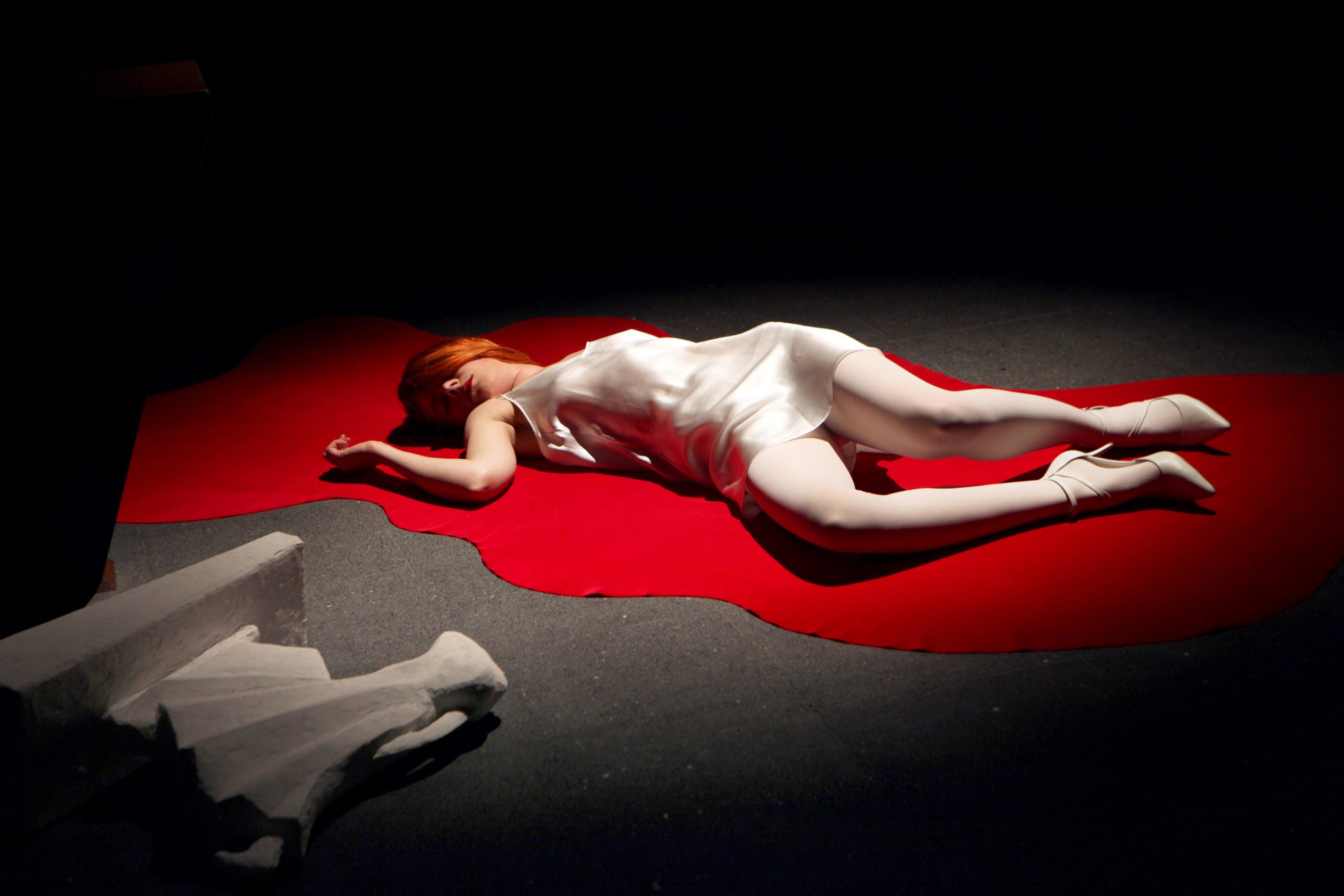 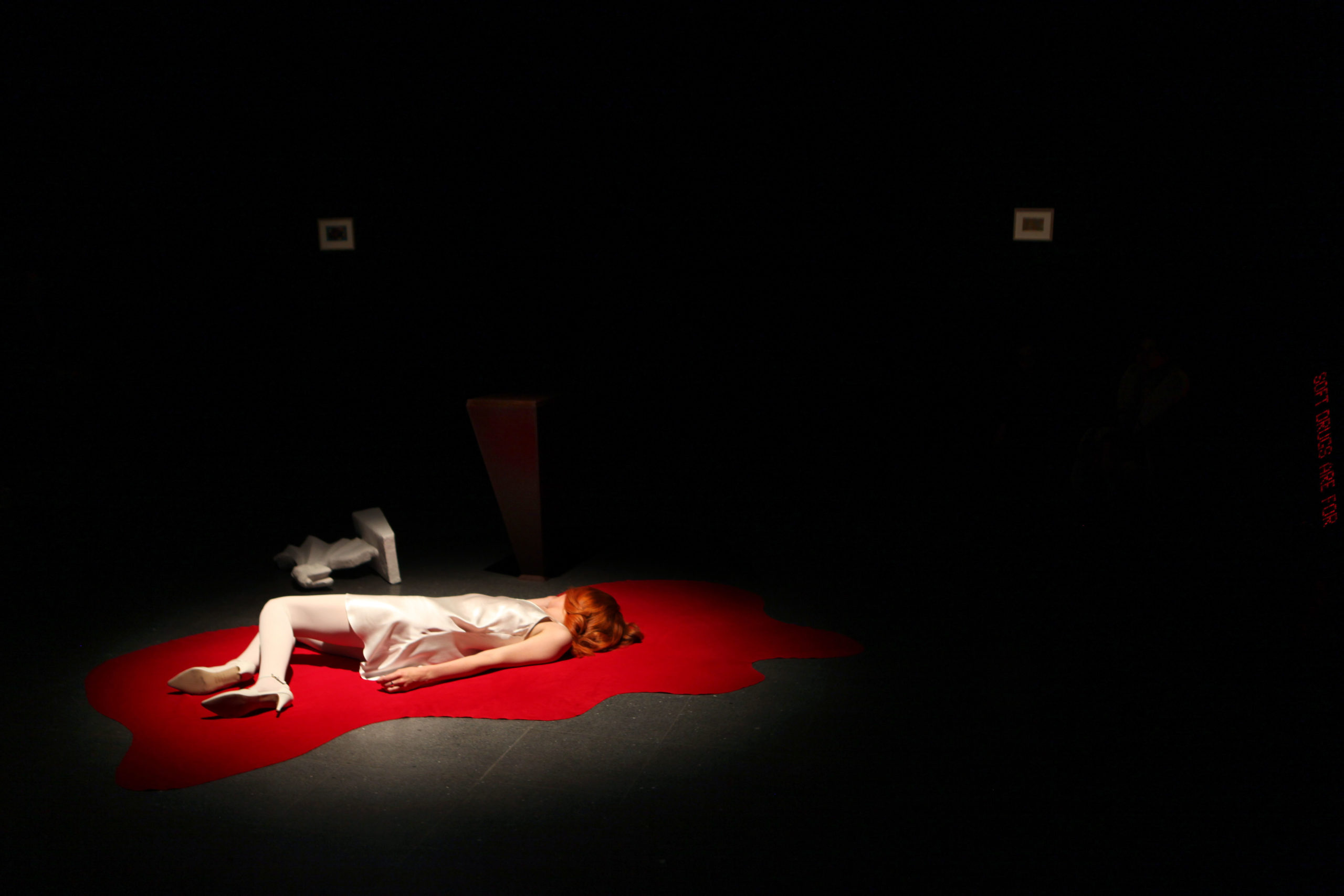 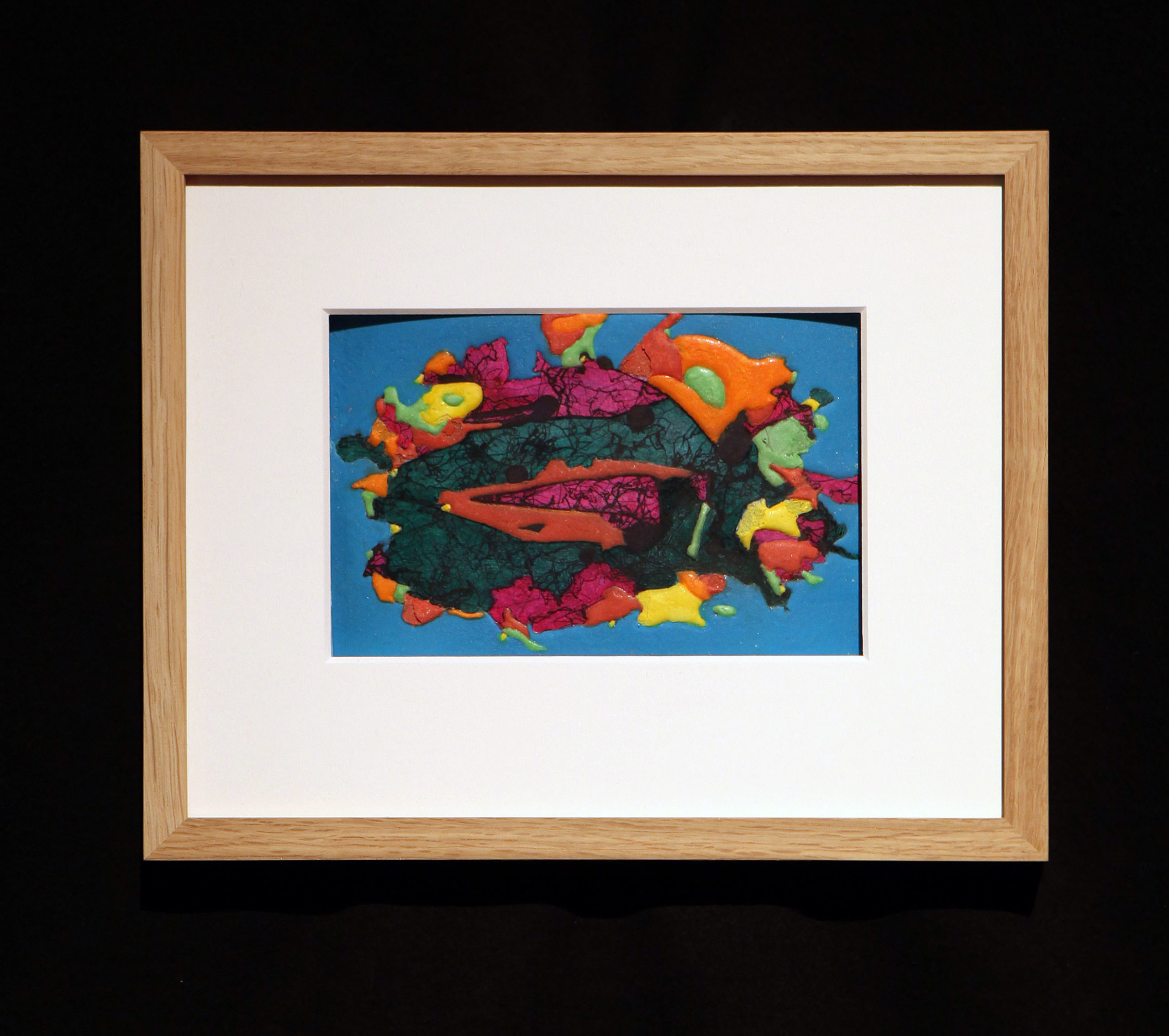 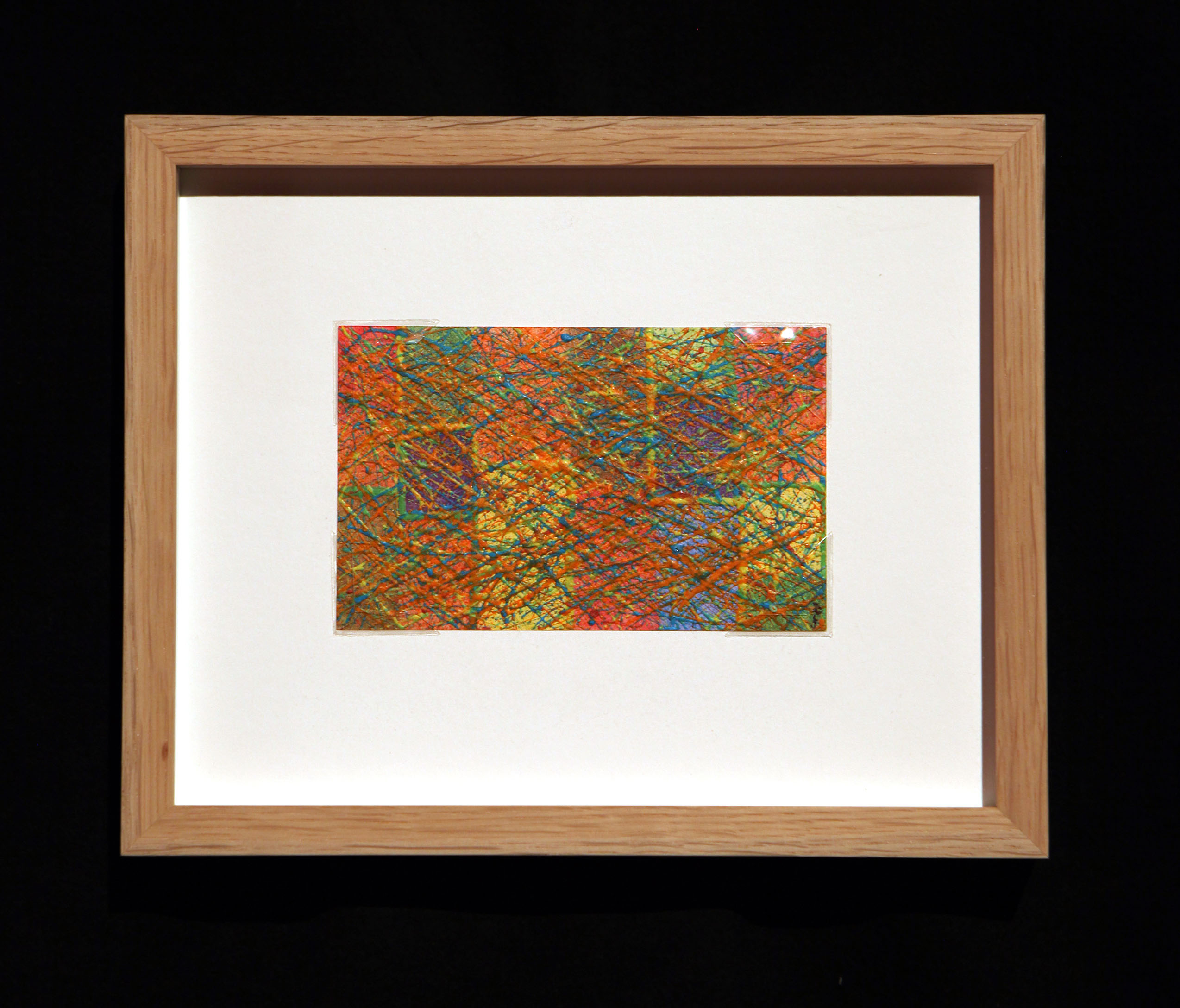 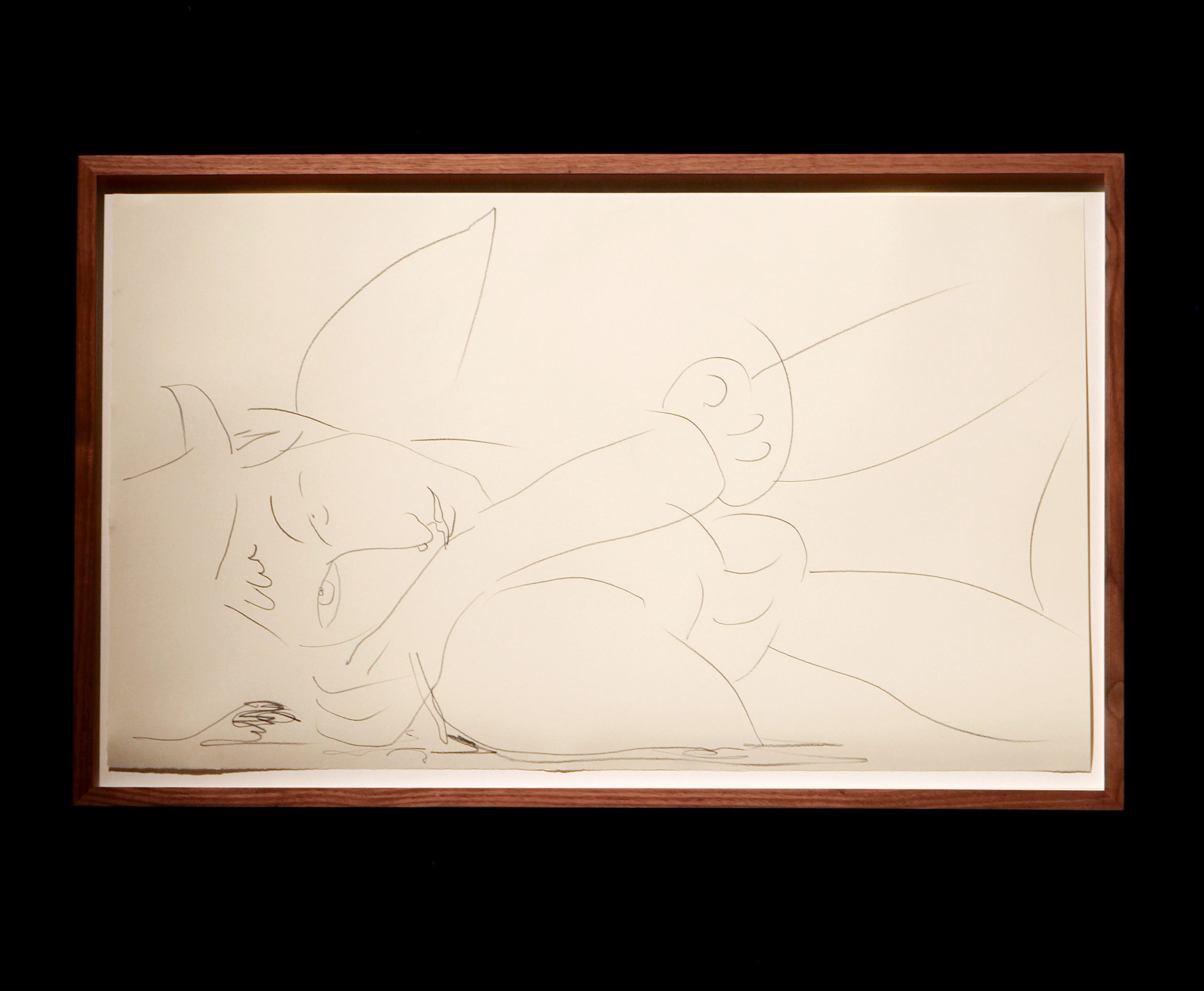 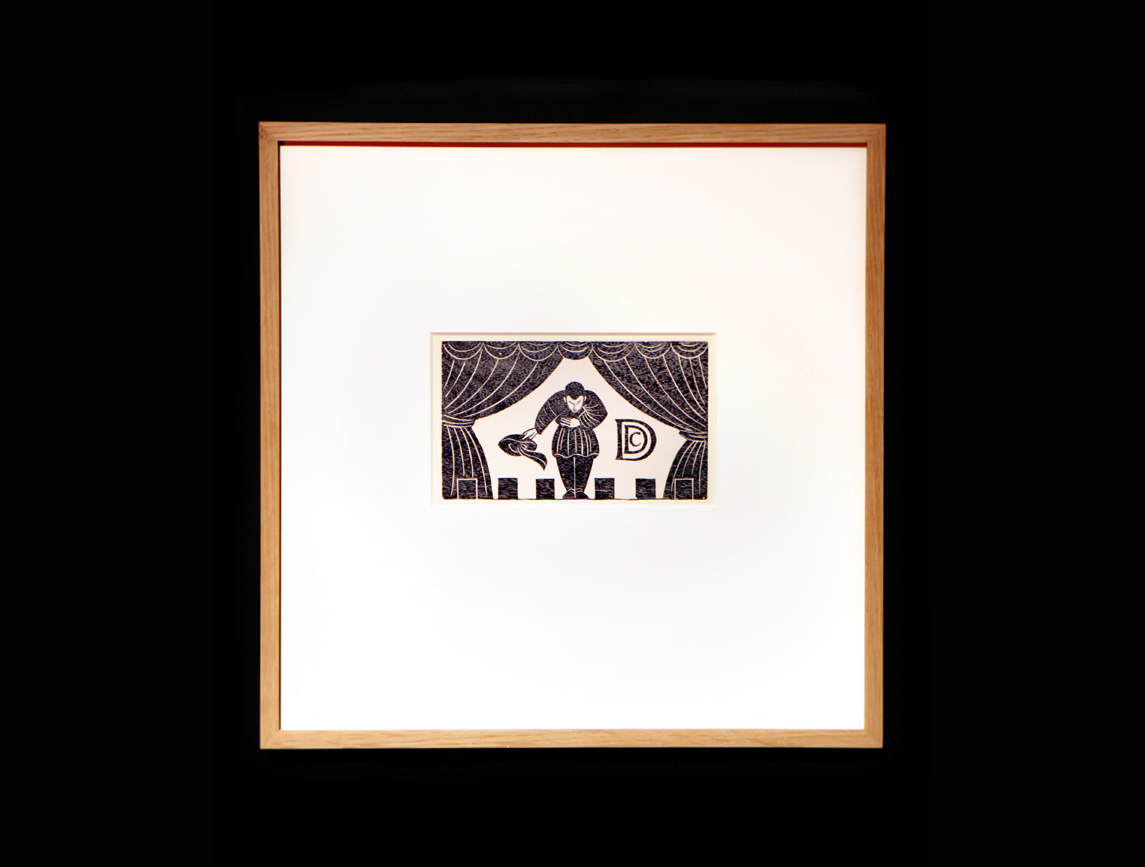 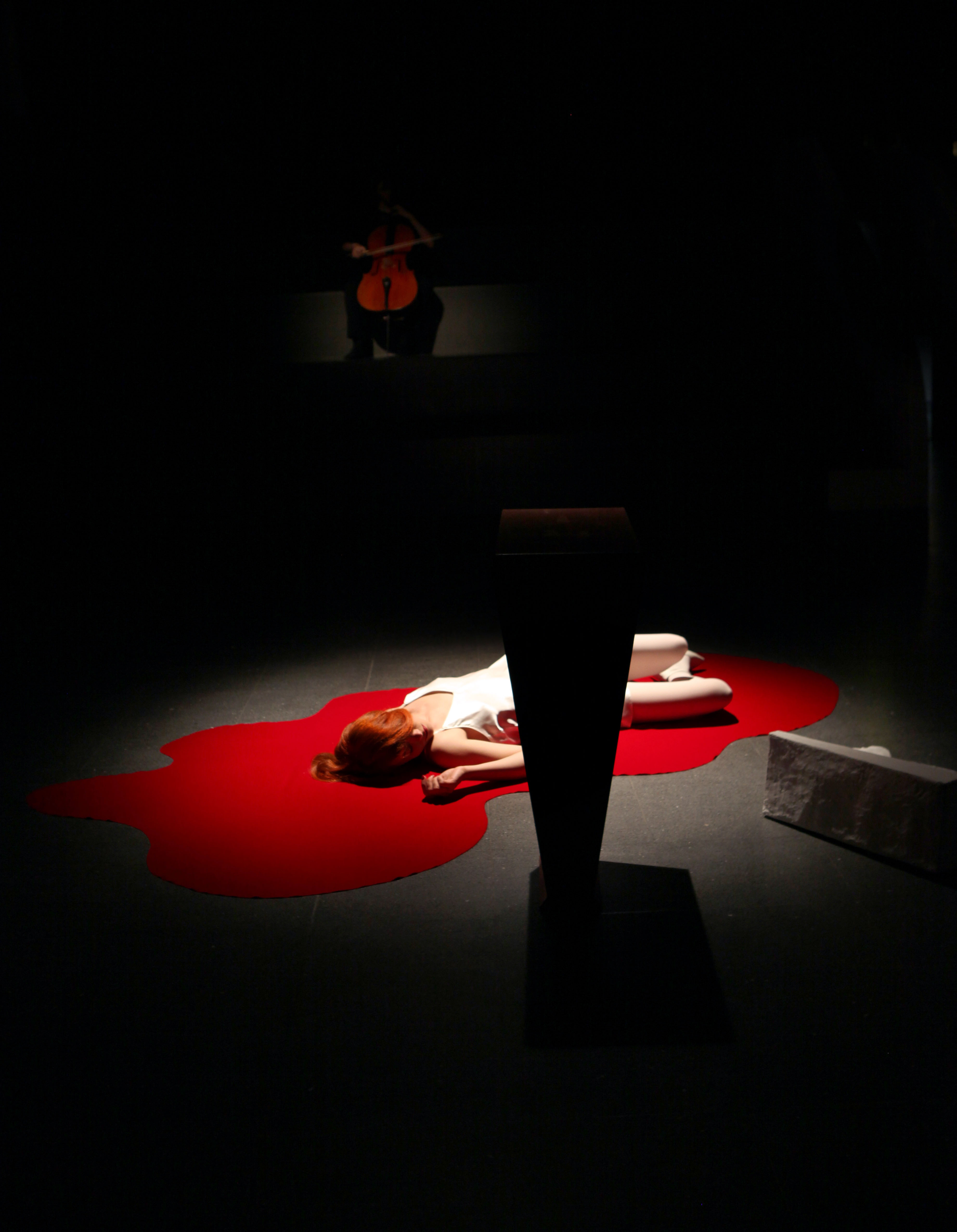 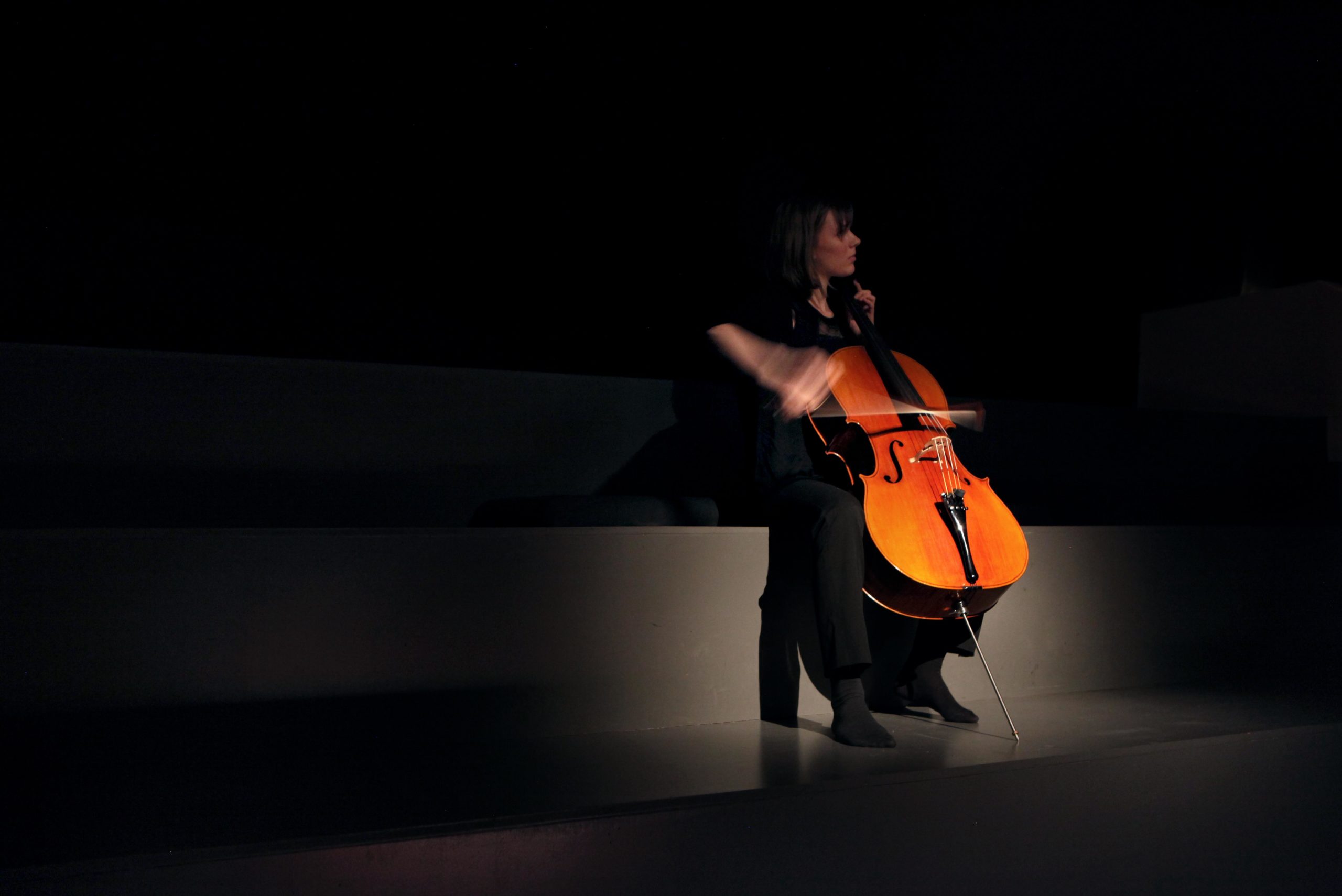 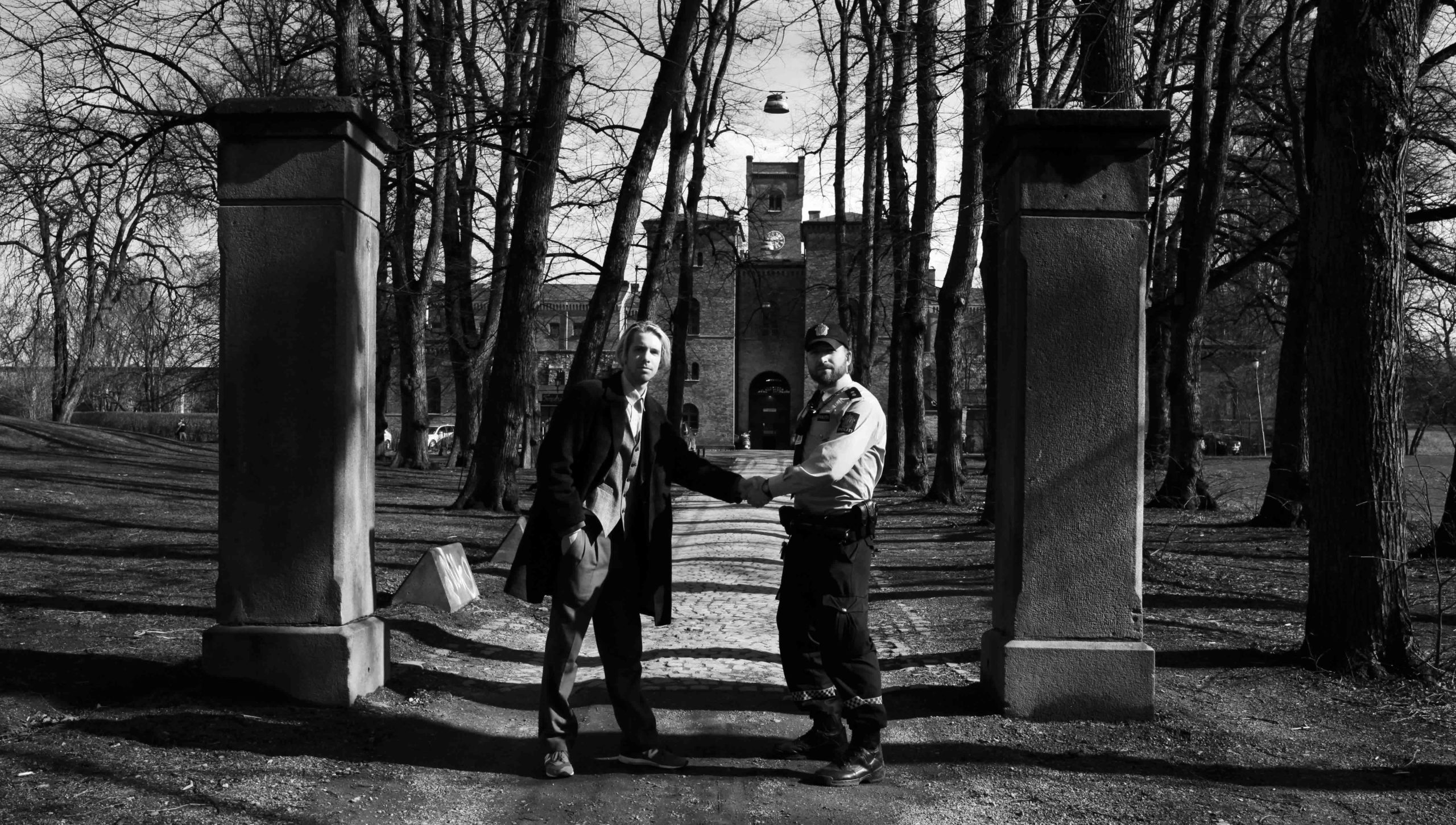